The Latin Quarter of Paris (French: Quartier latin, IPA: [kaʁtje latɛ̃]) is an area in the 5th and the 6th arrondissements of Paris. It is situated on the left bank of the Seine, around the Sorbonne.

Known for its student life, lively atmosphere, and bistros, the Latin Quarter is the home to a number of higher education establishments besides the university itself, such as the École Normale Supérieure, the École des Mines de Paris, Panthéon-Assas University, the Schola Cantorum, and the Jussieu university campus. Other establishments such as the École Polytechnique have relocated in recent times to more spacious settings.

The area gets its name from the Latin language, which was widely spoken in and around the University during the Middle Ages, after the twelfth-century philosopher Pierre Abélard and his students took up residence there.[1] 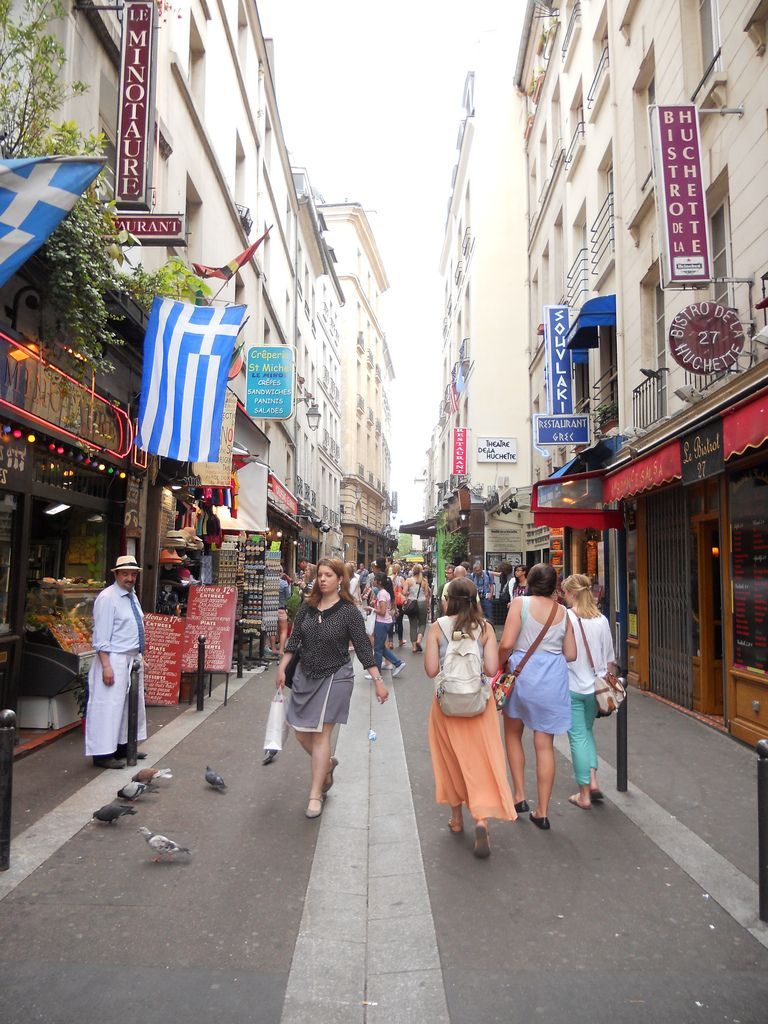